After locking himself into the record books by becoming only the fourth person all-time to drop a triple-double in the NCAA March Madness tournament, Ja Morant has raised eyebrows around the basketball world. Morant’s incredible stat line featured him dropping 17 points, grabbing 11 boards, and dishing 16 assists on the way to leading his team, Murray State, to an electrifying 83-64 victory versus Marquette on prime-time television. Seemingly overnight, Morant has become must-see TV and has left the basketball world begging for more from the young star guard. With Morant being projected to be a top-3 pick in the upcoming 2019 NBA Draft, we will be breaking down Morant’s game as well as comparing him to current NBA players. 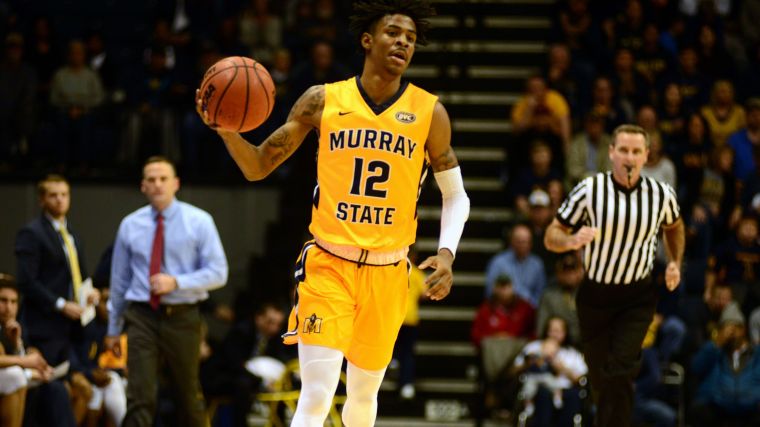 For the first strength of Morant’s game, we have his length. Morant has a lengthy reach which allows him to expand his game on both ends of the floor. On the defensive side of the ball, the sophomore’s length allows him to poke away simple passes as well as cut off his opponent’s passing lanes. This great play on the defensive side of the ball allows him to be able to turn the tables on any given opponent and push the ball down the floor in transition. His explosiveness and incredible finishing ability allows him to blow-by just about any defender he faces and this skill makes it incredibly hard for opposing teams to keep him out of the lane. The next skill we will break down is Morant’s shooting. Morant has a nice touch on his shot, especially from inside the arc. His shooting game primarily runs through the mid-range, but at times, Morant has shown that he can step out on the perimeter and make shots. His skillset, as far as shooting goes, should translate well into the NBA. While his mid-range shooting is a strong suit for him, his passing ability might be even better. To show the NBA world just how good Morant can pass the ball, lets take a look at a description of his passing ability first written on http://www.nbadraftroom.com.

He sees a lot of defenders and does a good job of creating for his teammates, averaging about 10 assists per game. He shows pure point guard instincts, despite his knack for scoring the ball, and he seems to relish drawing the defense to him and finding the open man.

Morant has shown time and time again that he can find a perfect passing angle and execute the right pass just in time for one of his teammates to cut to the basket or step out and hit a deep three-pointer from behind the arc. 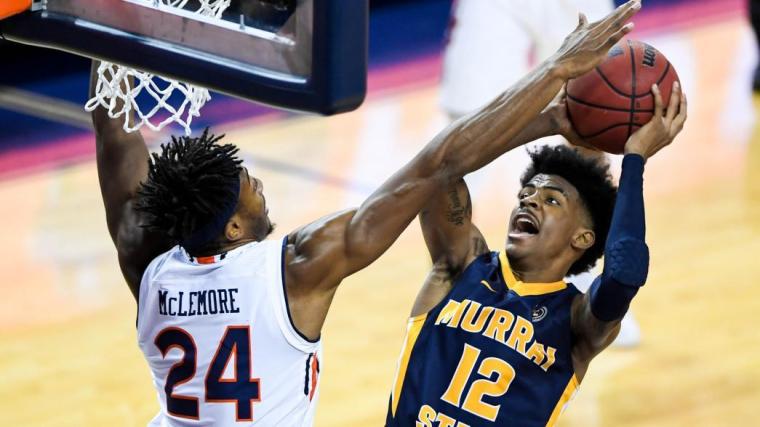 Morant doesn’t have many weaknesses in his game, but one thing particularly stands out to me as a potential problem. The potential problem could lie in his three-point shooting. We discussed earlier about how most of Morant’s successful shooting occurs within the arc, but many analysts would like to see him branch out and expand his shooting game outside the arc. Currently, Morant is shooting about 32% from behind the arc, which isn’t an incredible number. Hopefully Morant can improve his three-point shooting ability and become a prolific scorer from behind the arc before he takes the court as an NBA player.